The Associated General Contractors of South Dakota and the S.D. Department of Transportation announced the winners of the annual work zone awareness billboard campaign, and Pierre’s Allison DeMers won big. The campaign had fourth grade students create art designs to compete for a billboard spot.

“What we look for is a work zone awareness message that is relatable for both students and their parents,” Lindsay Willits, deputy executive vice president AGC, said. “The goal of the billboard contest is to remind motorists that safer driving habits mean safer work zones for everyone.”

DeMers of St. Joseph’s Elementary created the winning entry for the Pierre area. DeMers received $25, and her classroom teacher, Becky Walsh, received a $100 check for a classroom party. The artwork of each of the four area winners is now displayed on respective local community billboards. The Pierre area billboard sponsors are Jensen Construction and Morris Inc. See DeMers’ billboard at the intersection of Highways 14 and 83 in Fort Pierre.

The billboard contest is a fun way to engage with young people about safety and construction-related careers. AGC and SDDOT say to slow down, put down your phone or other distractions, and be aware of workers and equipment when driving through work zones. 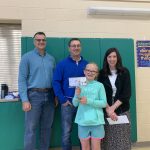 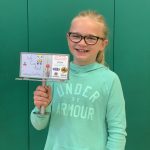 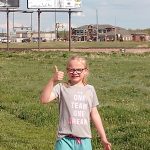 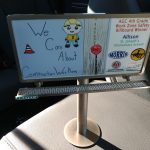 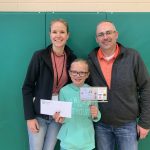